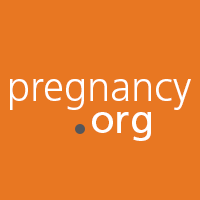 As a nurse, I thought I was prepared to officially become a mom with my first child. Little did I know, my water would break as my baby was growing inside of me. I was 24 weeks pregnant and it was classified as a premature rupture of membranes. In other words, my water broke for an unknown reason while my baby was 24 weeks old. After a three week stay in the hospital, I developed an infection in the remaining fluid in my uterus that surrounded my baby. This led me to deliver at 27 weeks, a 2 pound, 2-ounce beautiful baby girl.

Having a baby early or having a child in the hospital is something you can never prepare for. I had a normal pregnancy up until the point my water broke, so I like to think that was also part of the shock. During my 3-week hospital stay, I realized that my child was going to need additional support and care after birth. Even with my medical background as a nurse and working in the hospital, the experience has changed my life forever.

No one tells you that you could get a call at any moment saying you need to come to the hospital because your newborn is not doing well. No one can prepare you for the days or weeks that you cannot hold your baby because they are so fragile. No one tells your baby has a risk of bleeding into their brain with the slightest movement. No tells you that you will question everything you did while you were pregnant to somehow justify what is happening. I am here to say that it is not your fault and although mothers still question themselves with every choice, they make it is okay to feel that way.

As a nurse I thought I knew what the NICU journey would be or what to expect but I was wrong. I did not know the smallest things like not being able to give my baby a bath would make me break down and cry. I had no idea how common it is to have a premature baby. I also did not have any idea about the pressures of breastfeeding as a new mom.

Although I have a nursing degree and letters behind my name from my schooling, I was lost and heartbroken being NICU mom. I was fortunate to stay in a Ronald McDonald house during my daughter’s hospital stay. The Ronald McDonald house is a place for family members who have sick children to stay for free if they live a certain distance from the hospital. Prior to going into preterm labor, we were planning a move across the country. So, while her father made the move to start working, I stayed behind for about two months at the Ronald McDonald house.

I cannot even begin to explain how amazing and welcoming the Ronadl McDonald house was for me as a new mom with a sick child. They provided free meals and snacks, as well as free group sessions and classes to make things for your baby. Something that stuck with me from a group session was when the leader of the group stated everything has become about your child’s survival, but all the moms here are doing a great job. I will be forever thankful to the Ronald McDonald house for housing me, feeding me and being a safe place for me to meet other moms.

When my daughter was in the NICU we had many setbacks which unfortunately is common. When my daughter and I were supposed to be medically evacuated due to Hurricane Irma, I was changing her and found blood in her diaper. My daughter had developed something called NEC. This is a very common infection for premature infants. It can best be described as an intestinal eating infection that can cause loss of intestines, surgery or even be fatal for an already fragile baby. Thankfully before we were transported, I discovered this and doctors were able to diagnose and start treatment.

The hurricane shot down everything, so I moved into the hospital because I did not have another place to go. Me and a few other moms parked our cars on a high floor of the parking garage and would go back to our car to get clothes to change each day. The hospital had a room for parents with a few couches and showers in it. We could never sleep in the room because it was always packed full of people, but we were able to get showered and cleaned up every day.

Another challenge I experienced was breastfeeding and pumping breast milk. After a premature infant is born they are actually fed through a tube instead of by mouth. During this time there is a lot of pressure from all the doctors and other moms even in the NICU about breast feeding and pumping. I experienced a very low supply and was not making much breast milk at all. I was even pumping every three hours just to keep producing some milk.

I remember being at daughters five moth appointment and crying to her doctor that I am pumping every three hours and not really sleeping because I am up with my baby to change her, feed her and pump. Not to mention the alarm for her oxygen monitor that kept slipping off her foot and making a fire alarm noise. The doctor told me if my child is eating and gaining weight it is okay and that if I need to stop breastfeeding it is okay. So, I want all the other new mothers to know this time shall pass as well. Additionally, do not beat yourself up do what you can and speak with resources available lactation or your child pediatrician.

After a few setbacks and fifteen weeks in the hospital, my baby fought to be discharged from the hospital so we could fly from South Carolina to our new home in Arizona. My daughter was sent home on oxygen and with many follow up appointments but to this day has not had another hospital admission.  Although she still has some health care concerns, we take it day by day.

As a mom of a thriving three-year-old, those tiny babies fight to grow to become amazing toddlers. I want other mothers and fathers of NICU infants to know that it is okay to feel lost, it’s okay to just be holding it together and to fall apart sometimes. For me, the hardest part was realizing that the rest of the world is still going on as normal when your baby is fighting for their life in the hospital. I would love for other parents to know that it gets better and that life does move forward as our tiny humans grow but it takes time, way more time than we would like. Keep getting up every day to do your best and know there are other parents that know what you’re going through to support you in the journey.

How can we improve?